One should keep in mind that, in the fields of religion and philosophy, for Sanskrit words, the Hindus make use of symbolic etymologies distinct from the grammatical ones.  The basic meaning is attributed to each syllabic sound and the meanings of the syllables that form a word combine to express an idea that can be completely different from the etymological meaning of the word.  In translating certain terms I have often chosen this symbolic meaning since this is the meaning that is important in practice and that alone can explain the use of those words in a particular context.

The direct relation of one order of things with another, the intersection of two worlds, of two aspects of existence, is the origin of natural symbols. In the Hinduism gods, cosmological theory symbolism is conceived as the expression of reality, as a search for the particular points where different worlds meet and where the relation between entities belonging to different orders of things may become apparent.

According to the Hindu view, all the aspects of the manifest world spring from similar principles–have, we might say, a common ancestry. There is of necessity some sort of equivalence between the abstraction of the subtle and transcendent worlds on one side and the forms of the perceptible universe on the other.

The astronomical phenomena can be considered basic symbols.  We can find in them a figuration of universal principles.  True symbolism, far from being invented by man, springs from Nature (Prakriti – the physical universe).  The whole of Nature is but the symbol of a higher reality.

What we picture as the aspects of divinity are essentially the abstract prototypes of the forms of the manifest world.  These must, by their very nature, have equivalents in all the aspects of the perceptible universe.  Each divine aspect thus may appear to us as having affinities with some particular form, number, color, plant, animal, part of the body, vital energy, particular moments of the cycles of the day, of the year, of eons, particular constellations, sounds, rhythms, etc. It may appear that the Hindus worship many Gods, but the real position is different. Each Hindu god when worshipped is conceived as the manifestation of the one Almighty God.  In philosophical terms, this may be called Henotheism.

Propitiation of these divine manifestations who are in human forms assists the worshipper enormously in acquiring godly qualities like the spirit of sacrifice, patience, concentration, and then love for God which is absolutely necessary to realize that One.  Without this sort of gradual process, one can hardly think of an

Infinite God with a finite mind, or like Arjuna in the Bhagavad Gita the worshipper will be frightened even if the Great God appears before him with His all-powerful glamour.

Now the question comes for many, who is God?  Or what is God?  The answer is the same as the question.  It is not who or what is God but what the sound or the word G-O-D or the word God represents.  In Hindu philosophy (not religion) a set of rules indicate that God represents the universe and all its forces which are beyond the control of man from a physical point of view.  An example is ‘oxygen.’  Everyone knows that we cannot live without oxygen for a few minutes.  Since we constantly need oxygen, then obviously we must treat it as a divine or powerful force to the point of worshipping it.

Based on the rules from the Vedic sciences and the Puranic explanations of the universal rules of life it is logical to conclude from the above that the planets that affect us with their tremendous gravitational and electromagnetic forces can be considered divine or godly also.  It has already been proven that the whole solar system exists in an equilibrium created by the nine major planets, asteroids, and the sun and that each planet affects the other orbit around the sun.  Surely it is safe to conclude that without these celestial bodies in space we are unable to function fully without the experience of the seasons, the tides ‘controlled by the moon, and the agricultural balance.  It is this reason why we are subjected to the astronomical forces around us.  Some people call this ‘ASTROLOGY.’  However, the Hindus prefer to address it as a Vedic science similar to the western way of scientific analysis but of a much higher nature of understanding.  Of course, physicists in the west are not able to apply conventional scientific rules to this type of science because the Vedic scientific rules go beyond the realm of quantum theory and today’s Science.

Astrology and astronomy are interrelated; one cannot exist without the other because even astronomers try to predict the future except in astrology it is done without the use of much mathematics.

However, with Astronomy there is no specific objective or application. Scientists hope to find the origin of the Universe (God) through consistent observation of conventional rules.  In Astrological Vedic science, the objective is specifically to apply this science of observation (astronomy) as a measure of true or real-time and how this real-time apply to human life on earth so as to predict the past, the present, and the future.

Best Lumber Support Pillows for Back and Neck Pain Relief 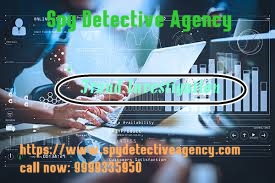 Why everyone cannot be a private investigator in Delhi

What are the Effects of an Extramarital Affair in Married Life?