Best Ethiopia National Parks That You Must Visit in 2021

Best Ethiopia National Parks That You Must Visit in 2021

Ethiopia is a country that is filled with various tourist attractions and the most visited in the country are the different National Parks that are a home to numerous wild animals and different bird species and not forgetting the beautiful vegetation that is found in the Parks.

We provide good deals when you contact us to prepare a trip for you to Ethiopia and we provide a tour guide since you cannot go to any park without one and he will help you to get around Ethiopia and the different parks easily. Coupled with the semi desert climate that is experienced in the Northern Part of Africa adds to the uniqueness that you do not want to miss. The different National Parks that are found in Ethiopia include:

Nechisar National Park in Ethiopia is one of the top destinations in Ethiopia and has several wild life that can be viewed when you get to the park. Located in the Greater Rift valley, it is surrounded by the famous twin lakes that is the Chamo and Abaya which provide water for the animals that habitate in the Park. It has over 84 animal species that use it as habituating grounds and over 342 bird species. Some of the animals that are found in the Park include the African hunting dog, the Bat eared fox, the Guenther’s Dikdik, the Hinde’s bat, the white footed rat, the warthog, Hippos, Greater kudu, the Swayne’s hartebeest, the Aubis baboon, the Burchell’s Zebra and leopards. It is also a home to the endemic Nechisar jar which can only be seen in this park.

Trekking can also be carried out in the Park and this is done on clearly marked routes with the help of a trained tour guide and while trekking you will get to see the various animals in the park, birds, hot springs and enjoy the beautiful scenery that is provided by the forests and the river where people get to rest and swim after a long trek.

The Awash National Park is located in the Great Rift Valley and covers over 756 square kilometers in the volcanic plains. It is an extremely good destination for all those that love birding as it has numerous birding spots where you get to see over 400 bird species. It is also a home to various wild animals which include cheetahs, zebras, golden jackals, the caracals, monkeys and many more others. Enjoy the game drives in the park, trekking and village walks to the nearby local villages where you get to know more about the culture that is practiced in the area.

The Awash National Park is faced with a lot of problems like deforestation and poaching that is carried out by the locals. These keep on cutting down the trees in order to get more land for settlement, cattle keeping and other domestic activities. The conservation authority of Ethiopia is trying all that they can so as to stop all the harmful in order to reduce on the migration of the animals and their extinction.

Mago National Park was formed in 1979 making one of the newest Parks in the country. It is located in southern Ethiopia and it is watered by the Mago River. The different wild life that can be seen in Mago National Park include the Grant’s gazelle, the African hunting dog, Leopards, Hippos, the Gerenuk, the Oryx, the Burchell’s Zebra, the Lewlwel Hartebeest, the greater kudu, lions and the black backed jackal.

When you visit the Mago National Park, you will also get to visit the local people who have always lived in the area and find out more about their unique culture and get yourself some souvenirs from them as you head back. The locals will also be able to tell you more about the Park and the local trees that sometimes are used for medicine. The different tribes that are found around Mago National Park include the Ari, the Mursi, the Kwegu and the Hamar.

The Omo National Park was made a UNESCO heritage and is located in the Omo valley. There are several ethnic groups that live around the Park and these affect the habitats of the different wildlife causing a major depletion of the animals. Some of the animals that can be found in Omo Park include elephants, Buffalos, leopards, lions, hyenas, warthogs, gazelles, the African spurred tortoise and the Nile Lechwe. The zebras and giraffes can no longer be seen in Omo due to the destruction of their natural habitats.

The locals keep cutting down the trees in order to create land for expansion either for farming or settlement, they damage the rivers that are found in the park by throwing in unrecyclable waste. But when you visit the park, the government tries to make sure that the animals are preserved.

The Yangudi National Park is located in the North Eastern Park in the country in the Afar region. It has a lot of wild life that habitate in the different parts of the park but it was mostly created to protect the rare African wild Ass. Some of the wild life species that can be seen during your game drive and birding activities includes the lesser grey shrike, the pallid harrier, the Grevy’s zebra, the Oryx, the Ortolan Bunting, the gazelle and many more others and you can also go for trekking and enjoy a picnic in the woods with your family.

The Simiens National Park is also a UNESCO heritage which is located near the Simiens Mountain that gives it a good backdrop. It is located in the Northern Part of the country and it is known to be a home to many endangered wildlife species that include the wild mountain goat, the Ethiopian wolf that can be trekked but with the help of a tour guide, the Gelada baboon, the golden jackal and the Anubis baboon. It is also a home to over 130 bird species and 16 of those are endemic to the country. The different activities that can be carried out in the park include birding, game watching and trekking. You can also get to meet the locals and study the different tree species that are found in the Park.

The Gambella National Park is located in the western part of the capital city of Ethiopia Addis Ababa. It is characterized with savannah vegetation which habitates almost all the wild life that is found in the Park. The best time to visit the park and get to do some trekking and game viewing is during the dry season which runs between the months of November to March. The different wild life species that are found in the Gambella National Park include the Nile Lechwe, the giraffes, hippos, lions, white eared Kob, buffalos, the Roan antelope, the Topi and crocodiles and the park is also known for having large swamps and wetlands which have a variety of aqua life within.

All the above National parks are being monitored by the conservation authority in Ethiopia to avoid all the destruction that is caused by the locals and this has greatly improved and increased number of animals in the country and therefore pushing the tourism industry in the country forward.

The new headquarters of the Commercial Bank of Ethiopia, the tallest building in East Africa was officially completed on Sunday

The Immigration and Nationality Service of Ethiopia is making various arrangements to receive the guests, 1Million to home in 2022 New year Director General Mujib Jamal said.

Ras Dejen , the highest mountain in Ethiopia and fourteenth highest peak in Africa 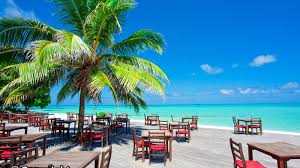 All what you should know about Seychelles

What you Should Know About Kenya